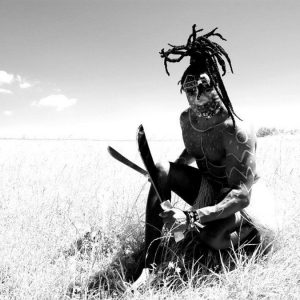 Mestre Pontapé the head of Centro Cultural Luandaé. The groups under his supervision are Amazonas (HR), Oxumaré (SK), Balanço da Meia Lua (SI) and Árvore da Vida (MY). Mestre was born in 1966 and raised in the favelas of Rio de Janeiro. Growing up in difficult conditions of “comunidades” he decided to make a change in the system and devotedly worked with children and youth taking them away from the streets and life of crime, using capoeira as a means of providing a different perspective.

His journey in capoeira began when he was nine years old, as a student of Mestre Pantera (ACDP) in the Mestre Poeira’s lineage. He also frequented street rodas where he met mestre Luiz (Luandae) and started working with him on his vision. Unfortunately, mestre Luiz’s vision of freeing children from modern slavery in the world of drugs and crime was frowned uppon by the drug lords of the community, so he was killed. Mestre Pontapé didn’t give up and he still works on mestre Luiz’s dream to come true.

In 2000 he came to Europe with Mestre Pantera, and in 2002, he acquired the title of Mestre. In 2006 an alliance of all schools under his leadership was formed – Luandaé (Croatia, Hungary, Czech Republic, Slovakia, Iceland, Brazil). All groups working under the supervision of Mestre Pontapé are descendants of an even larger international organization run by the Grand Mestre Pantera – Associação Cultural Descendentes do Pantera (ACDP), has headquarters in Madrid, Spain, and is spread across Europe. 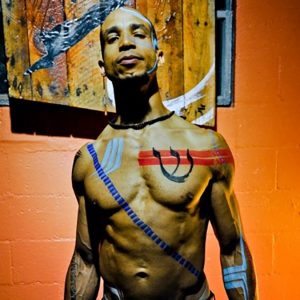 Mestre Nasr ‘Versátil’ Ismail has over forty years of experience in the martial arts and thirty years in Capoeira. As a Mestre of Capoeira, Versátil is one of a handful of people to have reached this rank in the United States and is one of the most experienced American born practitioners of the art. Versátil regularly teaches in the Los Angeles and Orange County areas of Southern California. He also travels often to teach throughout the USA, Mexico, Croatia, Lebanon, Japan, Korea, Indonesia, Malaysia, Mexico and Thailand.

Versátil is known for his detailed yet motivating teaching style and knowledge of the seemingly disparate aspects of dance and combat. Versátil also holds a Masters in Counseling Psychology and has developed a suite of Capoeira, Martial Arts, and Movement based therapies called The Warrior Class. Within these modalities, Versátil works with youth in addiction, young adults with developmental differences, couples and individual clients, as well as Transformational Justice, Community Accountability and Repair within Capoeira, as well as other movement and cultural communities. This work in community and individual well being informs Versátil’s work in Capoeira, centering around the tenet that Capoeira itself Is a method for Community Well Being, and should be regarded thusly, with mindfulness and professionalism.

Being a member of Capoeira Batuque, Versátil and his students are participating in a tradition of Capoeira first brought to Southern California by Mestre Amen Santo, from the teaching of the legendary Mestre Waldemar da Paixão. This tradition and reaches back to the legendary Besouro Mangangá. 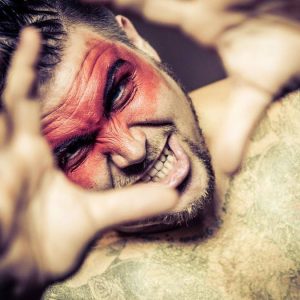 Contramestre Vaqueiro started Capoeira in 1998 under Martinho Fiuza, pioneer of Capoeira in Europe (since 1973). He has taught and played capoeira on 4 continents.

In 2011, he founded „Capoeira Ligando Mundos“ with the goal of promoting capoeira as a social tool. Since 2017 he works under the tutelage of Mestre Umoi.

He has worked with at-risk youth in Germany and all over Europe, and is currently implementing Capoeira and its philosophy in a number of sports and educational projects.

“Capoeira for me represents a vital tool for self-discovery and the development of an identity in today’s society.

It is a playground, offering a space for serious dialogue just as much as for ludic enjoyment.

In Capoeira, we depart on a journey as an individual being, and are thrown into a labyrinth of ideas, history, ambivalent definitions, opposites, politics.

As we progress in the process, we learn to navigate these conundrums, educate ourselves by listening and living with each other, we learn to tolerate what we can not yet understand and yet follow our thirst for knowledge. How far you go, what you accept or reject, and where you draw those lines is up to you. I am here to share a bit of my journey so far, to learn from yours and hopefully construct  a common ground for a fruitful interaction, our own „campo de mandinga“.” Vaqueiro 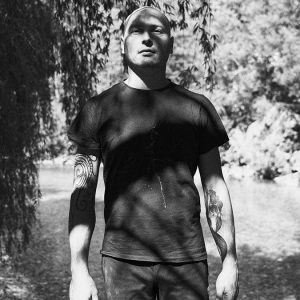 Nikola Orešković (Cavalo) was a pioneer in creating the Capoeira scene in Croatia. As there were no brazilian teachers there, he and Macaquinha formed Amazonas and started working with mestre Pontapé; as they do till this day as the biggest Croatian capoeira association working with adults and children. Nikola extensively travels around the world for more knowledge. He trained with teachers like mestre Acordeon, mestre Russo, mestre Camaleao, mestre Itapuã Beiramar, mestre Pantera, mestre Xuxo, mestre Zé Antonio, mestre Umoi to name a few…

He is a member of several Croatian artist organizations – DIVERT, UPUH (Croatian Dancers Association), and HDFD (Croatian Film Artists Association). Stuntman by profession, with over 20 years of experience in the film industry, he also worked as an associate professor at the Faculty of Kinesiology in Zagreb.

Beside Capoeira Nikola is a martial arts aficionado and is a master degree holder (3rd DAN) in Taekwondo. He co-founded the first Croatian Martial Arts Tricks demo team – “X-OUT.  He has been involved in contemporary dance and physical theater, circus and acrobatics for a long time. As a teacher, performer and participant. Together with Katjuša he created Fluid balance – creative acrobatics. 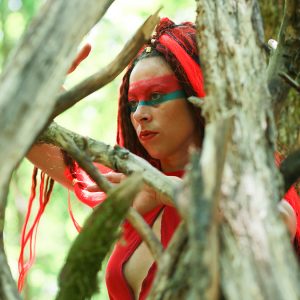 Katjuša Kovačič fell in love with capoeira in 2006 and stayed highly dedicated to it till today. She was first part of the group Tradicao Baiana led by mestre Alegria; student of gran mestre No (Angola Palmares) by which she was formed professora as first person from Slovenia in 2014. Later she started working closer with mestre Pontape and formed the tribe Balanço da Meia Lua in Ljubljana. She works with children, adults and persons with disabilities. She applies expressions of Capoeira in her performances and other projects. Beside Capoeira she was enrolled in 8 year contemporary dance school, later on with improvisation, physical and street theater. The street is where she started to produce her own shows by the age of 15.  In her 20’s she moved to Beijing for a year to be part of BIAS Circus acrobatic school.  She runs Fluid balance- creative acrobatics together with Nikola. She continues till this day the journey of exploration and connection of different disciplines, cultures, languages and expressions. Currently working on a CD Guerreiro with her author songs, composing them with Capoeira and other instruments.